Teignbridge gets in gear for Cycle September 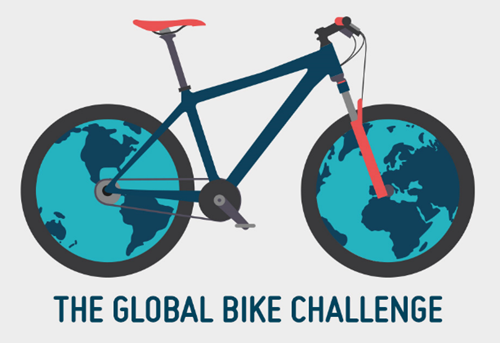 Teignbridge residents and businesses are gearing up for Cycle September – which includes a fun and free cycling competition between workplaces and a host of other benefits.

Cycle September is returning to Devon next month for the fourth year running, and will see more workplaces than ever before competing locally, nationally and even globally.

The workplaces with the highest percentage of staff riding a bike in September will win their size category. Individuals will be eligible for prizes for riding and encouraging others. In addition, organisations can challenge a direct competitor in a ‘frenemy’ head-to-head competition.

The competition enables staff and organisations to log their commutes and leisure rides throughout September, which will then show each organisation’s position on the leader boards, for a change of winning some great prizes including a bespoke Ribble bicycle package.

People can also link via their Strava activity app to Love to Ride, and upload automatically without having to add a separate trip, and interact with colleagues to give them a ‘high five’ or ‘kudos’ for their efforts.

As well as joining the Love to Ride competition, there is a host of activity and cycle opportunities across the District to encourage people new to cycling and those already enjoying being out and about on their bikes. And for those keen to take up cycling but lacking in experience, cycle confidence sessions are available through Devon County Council’s Travel Devon scheme.  These sessions are tailored to fit the needs of those taking part – from basic introductions to cycling through to more advanced cycle skills training.

Estelle Skinner, Teignbridge Green Infrastructure Officer, said:  “I went on a cycle confidence training session when I started cycling more on the roads - I was used to rural lanes but not busier roads- and it was so helpful. They cater for the whole spectrum, from complete beginners through to experienced cyclists who want to target improving on a specific element of cycling. I couldn’t rate it more highly, I really think everyone should do this.”

Travel Devon will be running a public awareness day in Newton Abbot’s Courtenay Street, outside Waterstones, on Thursday 5 September, from 9am until 12.30pm, where people can sign up for Cycle September and ask questions about cycle to work schemes, bike confidence training sessions and cycle routes, as well as testing out one of the e-bikes on display. Members of Teignbridge Active Leisure team will be on hand to talk to people about the Active Families programme and

Teignbridge Council’s Executive Member for Climate Change Emergency, Jackie Hook, said:  “Cycle September is gaining in momentum, and we’re pleased to be hosting a roadshow in Newton Abbot to encourage more people to think about more sustainable ways to commute, avoid congestion and get more active.

“Teignbridge has a wealth of cycle routes on offer, including the cycle and multi-user trail along Stover Way, and the newly completed shared East-West route alongside the Ashburton Road A383.  The Wray Valley cycle and multi-user trail from Moretonhampstead to Bovey Tracey is due to open later this year, and there is also work progressing on the planning application preparation for the Teign Estuary Trail - an important part of the link needed between Newton Abbot and the Exe Estuary Trail that runs from Dawlish to Exeter and beyond.

“Cycle September is a great way to be part of the solution, not the problem, by helping to reduce congestion and pollution on our roads and keep ourselves healthy and active.”

Want to inspire others to give cycling a go? Share your cycling story at lovetoride.net/devon/stories